Look Back: Sonic the Hedgehog 226

Hey guys! So the shiny new hardcover (The first in the history of the Sonic comics!) collecting last year's "Genesis" story arc is due out this month. Perfect timing, as this month's colorist commentary retrospective also looks back at the first ish in that story arc!

So the "Genesis" story arc was a tie-in to the epic 20th anniversary celebration-bonanza - in fact, the storyline concluded the same month as the release of the Sonic Generations video game! (Which had its own unrelated, "Another time, another place" back-up story.) And to properly celebrate, the two titans of Sonic the Hedgehog penciling - Patrick "Spaz" Spaziante and Tracy Yardley - tag-teamed the books from breakdowns to finishes. Meanwhile, I was gonna' be coloring Sonic Universe...

...Yeah, so originally I was scheduled to move over to Sonic Universe after I wrapped up Sonic #225. The plan was for SU's cover colorist, Ben Hunzeker, to take over for the "Genesis" arc and I would resume my colorist duties on the core book upon the conclusion. Schedules didn't quite work out, however, so "Genesis" was mine after all (and I also took over Ben's SU cover color chores while he was stationed in Japan).
Thankfully, I got about a month's heads-up about this change-up. Everone wanted "Genesis" to be a very different looking book from what had come before, which gave me #225 to really loosen-up and set the tone. The rendering style here in "Genesis" was supposed to be unique to it, but I got so comfortable with it and satisfied with the results that it has stuck around!

You know what's not easy to color? Video game backgrounds. In the most unique challenge in this story arc was the hours of research looking at screenshots and watching playthroughs on YouTube to make sure I got all of the details - which were plentiful, especially at the start of the story arc - right. The 16-bit graphics were hyper-saturated and bold and intense and re-creating that aesthetic on a sequential field was a nightmare! You want it to look like the games, bu-u-ut... It still has to be read-able. Figuring out that balance between accuracy and story-telling was a hard line to walk!
Posted by Matt Herms at 7:31 PM No comments: 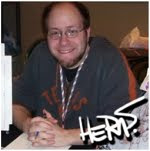